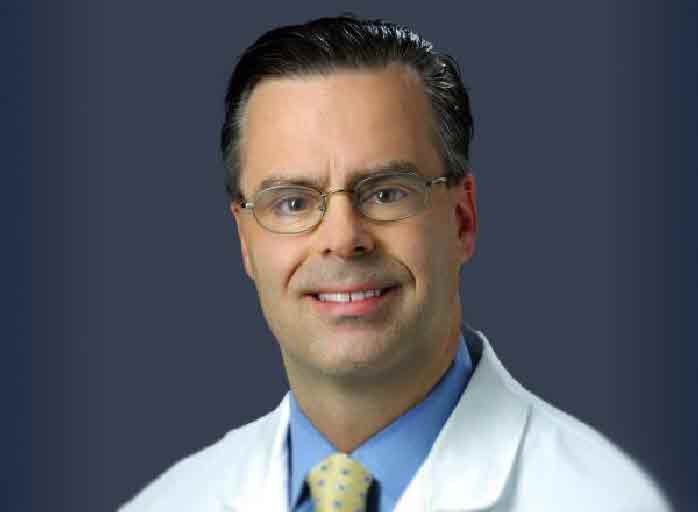 Dr. Jackson was the first surgeon in Washington, D.C., to start implanting a device called the LINX Reflux Management System to keep food and stomach acids where they belong, giving patients with painful and potentially dangerous acid reflux a new surgical option that treats the cause of the problem at its source, not just the symptoms. 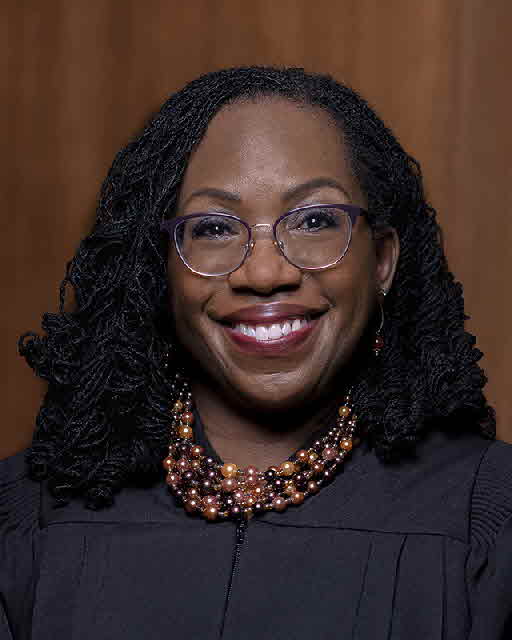 Jackson was born Ketanji Onyika Brown on September 14, 1970, in Washington, D.C. Her parents were both graduates of historically black colleges and universities. Her father, Johnny Brown, was a lawyer who ultimately became the chief attorney for the Miami-Dade County School Board, and is a graduate of the University of Miami School of Law; her mother, Ellery, served as school principal at New World School of the Arts. She attended Miami Palmetto Senior High School. In her senior year, she won the national oratory title at the National Catholic Forensic League championships in New Orleans. She is quoted in her high school yearbook saying that she "[wanted] to go into law and eventually have a judicial appointment." She graduated from Miami Palmetto in 1988. In 1989, when Jackson was a freshman at Harvard, her uncle Thomas Brown Jr. was sentenced to life in prison for a nonviolent cocaine conviction in which federal agents found 14 kilograms of cocaine, wrapped in duct tape, court records show. Years later, Jackson persuaded a law firm to take his case pro bono, and President Barack Obama eventually commuted his sentence. Another uncle, Calvin Ross, served as Miami's police chief.

Jackson attended Harvard University for college and law school, where she served as an editor of the Harvard Law Review. She began her legal career with three clerkships, including one with U.S. Supreme Court Associate Justice Stephen Breyer. Prior to her elevation to the U.S. Court of Appeals for the D.C. Circuit, she served as a district judge for the United States District Court for the District of Columbia from 2013 to 2021. Jackson was also vice chair of the United States Sentencing Commission from 2010 to 2014.Since 2016, she has been a member of the Harvard Board of Overseers.

Jackson succeeded Justice Breyer upon his retirement from the court on June 30, 2022. She became the first black woman and the first former federal public defender to serve on the Supreme Court upon her swearing in.
Ketanji Brown Jackson’s brother-in-law (William) is married to Paul Ryan’s sister-in-law (Dana). 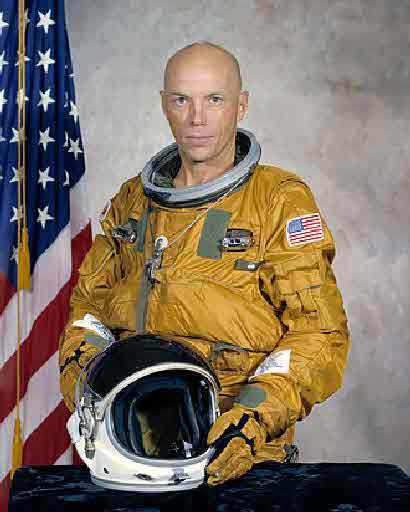 Franklin Story Musgrave was born on 19 August 1935 at Boston, Suffolk Co., MA.1 He was the son of Percy Musgrave Jr. and Marguerite Swann.1

Musgrave attended Dexter Southfield School in Brookline, Massachusetts and St. Mark's School in Southborough, Massachusetts from 1947 to 1953. He dropped out of St. Mark's in his senior year when a car accident "caused him to miss a substantial amount of vital pre-graduation exam schooling.
After leaving high school, Musgrave enlisted in the United States Marine Corps in 1953. He served as an aviation electrician, instrument technician and aircraft crew chief while completing duty assignments in Korea, Japan and Hawaii, and aboard the carrier USS Wasp in the Far East. Musgrave's aviator brother Percy (1933–1959), who also served on USS Wasp, died on a mission when the carrier "ran over him" after a takeoff crash.

Although he did not qualify as a pilot until completing his stipulated astronaut training, Musgrave has flown 17,700 hours in 160 different types of civilian and military aircraft, including 7,500 hours in jet aircraft. He has earned FAA ratings for instructor, instrument instructor, glider instructor, and airline transport pilot in addition to astronaut wings. An accomplished parachutist, he has made more than 800 free falls, including over 100 experimental free-fall descents involved with the study of human aerodynamics.

He has written or been listed as a co-author of twenty five scientific papers in the areas of aerospace medicine and physiology, temperature regulation, exercise physiology, and clinical surgery.

Musgrave was selected as a scientist-astronaut by NASA in August 1967 as a member of NASA Astronaut Group 6. After completing flight and academic training, he worked on the design and development of the Skylab Program. In 1973, he was the backup Science Pilot for Skylab 2, becoming the first Group 6 astronaut to receive a potential flight assignment. Musgrave participated in the design and development of all Space Shuttle extra-vehicular activity equipment, including spacesuits, life support systems, airlocks and Manned Maneuvering Units. From 1979 to 1982, and 1983 to 1984, he was assigned as a test and verification pilot in the Shuttle Avionics Integration Laboratory at JSC.

Diana Lee Temple, 75, of Plainville, CT passed away on Thursday, July 28, 2022 at home after a short illness surrounded by her family. Diana was born on February 16, 1947 in New Britain. She was the daughter of the late Herbert and Elizabeth (Holcomb) Carlson. Diana was a graduate of Plainville High School. Diana married William Lee Temple Sr. on June 26, 1965. They were happily married for 57 years. Diana was a lifelong resident of Plainville, where she worked at Appell Drug Store for more than 30 years. In addition to her husband, William, she is survived by her sons William L Temple Jr. of Plainville; Robert J Temple of Bristol; her daughter Shirley E Welch of New Britain; her grandchildren Ashley, Matthew, and Marc Waddell; Bobbi (Temple) Achim and Jordan Temple; and Gina Temple; and her great-granddaughter Ella E Davis. Diana is also survived by a sister Patricia Burgess of Plainville, and a brother Richard Carlson of Vermont. She also leaves behind several nieces and nephews. Her hobbies included watching Uconn Women Huskies games, playing basketball, and most of all, spending time with her family- especially Ella. Sheloved working for Appell/ Riteaid where she developed pictures in the photo lab. She also loved Misquamicut Beach. Diana truly will be missed by her family and friends. Services will be held at Luddy andPeterson's Funeral Home,205 South Main St. New Britain CT on Friday, August 12, 2022 from 9am to 12pm.

Holden attended Ashland Place Preschool, UMS Wright Preparatory School (Kindergarten thru 12th), and Middlebury College where he received a Bachelor’s degree in Political Science and Government in 2018. Holden was a voracious reader and collector of books. His brother Thomas described him as having mini PHD’s in topics ranging from Mayan Culture to homemade Kimchi. Holden loved movies, music, and always found a record store in every city he visited. He loved different types of food and quirky restaurants, but especially enjoyed eating Mexican food with his dad and brothers.

Holden was loyal, handsome, intelligent, kind, respected, creative, and a wonderful listener whose presence was a gift to all who knew him.

With forgiveness in our heart, Holden will always and forever be loved. His memory will stay vibrant and alive in our minds. We will miss him terribly, but our hearts will remain blessed by the gift of Holden’s precious life.

Holden will be laid to rest at Pine Crest Cemetery in Mobile, Alabama after a private family graveside service.

From the Mobile Register:

Thomas attended Ashland Place Preschool, was Salutatorian of the class of 2014 at UMS Wright Preparatory School (Kindergarten thru 12th), and Auburn University where he graduated Magna Cum Laude receiving a Bachelor of Science in Business Administration with a major in Finance. Thomas was such a bright and thoughtful young man. He was a voracious reader like his twin brother Holden. Thomas, the conscientious twin, was always reminding him to get his backpack or to bring home a book from his locker. Thomas loved languages, especially everything Italian. His mother will always cherish the memories of 10 days they spent together in Italy visiting every museum in 3 cities! Thomas was game for adventure and would always reply "cool cool". Thomas's dad will miss their trips together to the hunting camp and eating with his best friend at new restaurants in Birmingham. Thomas so loved his job and his wonderful work family at Altec. Thomas was special….curious, kind, loyal, intelligent, funny, and such a sweet young man. He was a true pleasure to be around, and so much fun to hang out with. Thomas's presence was a gift to all who knew him. With tremendous sadness, Thomas will always and forever be loved. His memory will stay vibrant and alive in our minds and hearts. We will miss him terribly, but our lives will remain blessed by the gift of Thomas's precious life. We find peace knowing that he is reunited with his brother. Thomas will be laid to rest at Pine Crest Cemetery in Mobile, Alabama after a private family graveside service.